It is official we are 11.5 hours behind schedule. I’ve missed my connecting trains from Toronto to Montréal (scheduled for 1630 today Saturday 19th) so it is anyone’s guess where I will have my head on a pillow tonight. I may need to slip in a few power naps during the day.

Overnight I sensed that we stopped a few times, but my sleep was restful. At breakfast I sat with a woman from south China who is reuniting with her 13-year-old son in Toronto where he has been on a two-week summer camp–his first time away from home. The other couple were French. Well he was French, she is Greek and they live in Paris and are both computer experts. Her accent is almost Australian. It was an interesting international exchange of culture, food, language and laughter. The French couple like the big Canadian breakfasts, while the Chinese mother and I are more comfortable with a small continental type meal. However, we all soaked up the coffee.

We passed through little communities of Algoma and Sudbury. Just a few houses scatted around the railway line on the shores of yet another lake. While we are in this summer period of lush greenery it beguiles the harsh environment of the desolate winters here. There are no gutters on the roofs of homes or outbuildings, so the snow can slide off. The gardens are left to the natural elements and the roads are hard packed gravel that apparently turn to frozen mud for six-months of the year. It must be such a different trip in winter, everything covered in snow, lakes frozen, blankets of white everywhere.

The day has turned cool, heavily overcast, changing the colours of the vegetation to a more muted hue and the lakes have lost their lustre of bright blue. The long straight stretches of rail have given way to gentle curves, as the tracks meander around the edges of one lake before encountering the next one. Even the atmosphere on the trains seems to belie that of the outside. People are quieter today. Possibly over the flush of meeting new people and are comfortable sitting, dozing and reading. There are twenty of us in the upper lounge and no one is talking. A few are reading, one playing a computer game, there is the aroma of freshly brewed coffee, which is making my nose twitch, a teenage boy is undertaking a biology project and two of us are drafting Blogs. Drafting, as there is no Internet connection. We have just been advised that the first sitting for lunch is at 1130–an hour away and I haven’t got over breakfast yet.

‘Wild fires’ have ravaged this area in the recent past. However, the rejuvenation shows just how resilient Mother Nature is. Then it is as if the fires suddenly stopped and the train enters a lush cave-like tunnel of green with the branches of some of the trees almost touching above us. The birch and fur trees are older, bigger and have thicker trunks that I have seen during the past two days. The terrain is changing as well. There are small hills and we seem to be climbing a little, the curves in the track are more frequent and there are frequent level crossings. Ah time to pull over on to a siding … no doubt a freight train has priority.

This Blog was written on Saturday August 19. Similar to yesterday, there is no Internet access where I am currently. As with yesterday’s Blog, it may be a day or so before this gets out to the world.

PS–I made it to Toronto, almost twelve hours late. Canada Rail was a little better organised on the ground. I had vouchers for the York Hotel, across the road from the station, and a $15 for a meal or a drink, or two. I opted for the drink. The barman lived in Adelaide and worked at Pembroke School for a year or so. My train to Montréal departs at twenty past nine Sunday morning. 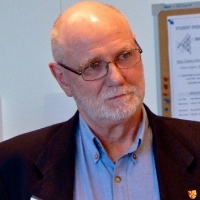 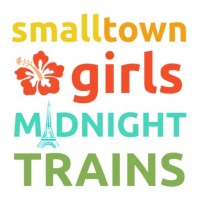